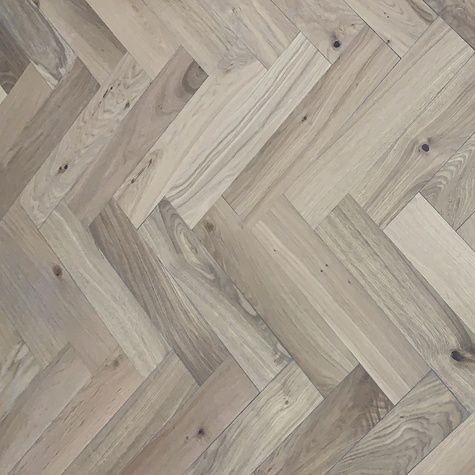 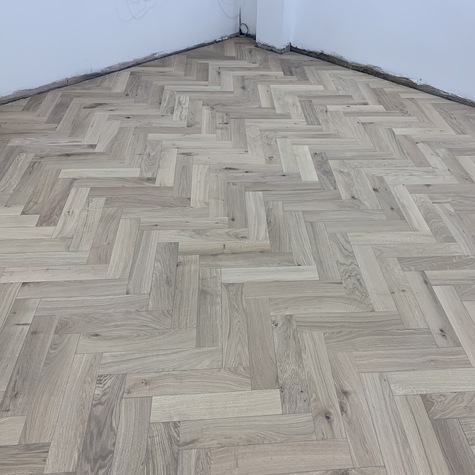 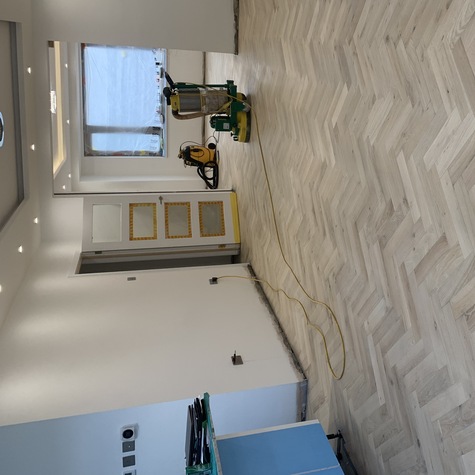 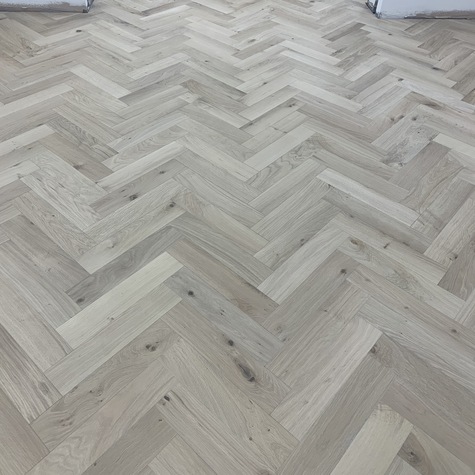 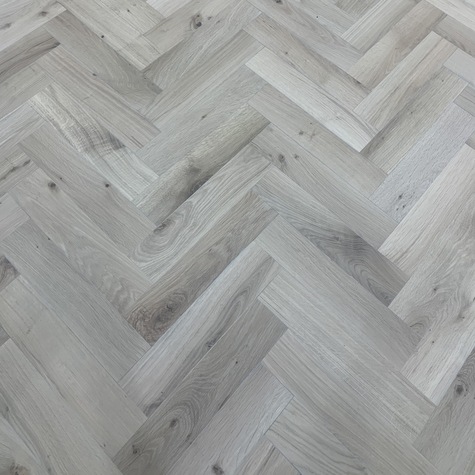 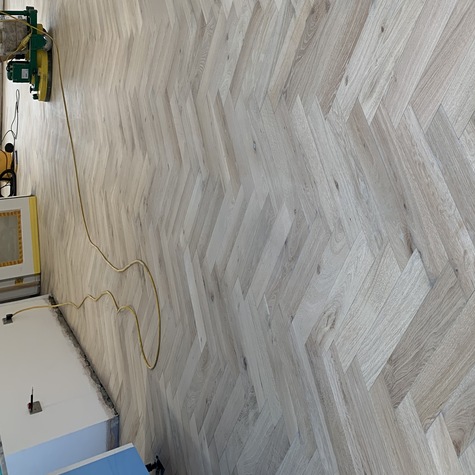 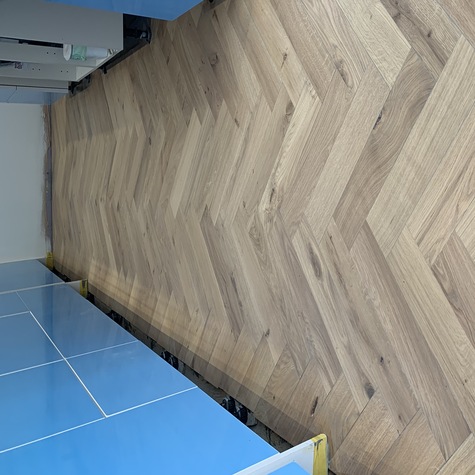 How Much Do you need?

Herringbone flooring, which is also known as parquet block flooring is one of the most distinctive and recognizable hardwood floors.  Rather than planks of flooring, the herringbone pattern is made up of smaller blocks of flooring that can be laid in a variety of geometric patterns, with the most common pattern being herringbone.  It is important to remember that ‘herringbone’ refers to the pattern and style of flooring and not the color or surface finish.

Herringbone flooring can immediately transform any traditional or contemporary space with its luxurious appeal and distinctive character.  It is an ideal choice if you want you a durable and long lasting hardwood floor that gives some extra charm and attraction to your home.

Please ensure this flooring is installed by an experienced floor fitter or other competent professional. 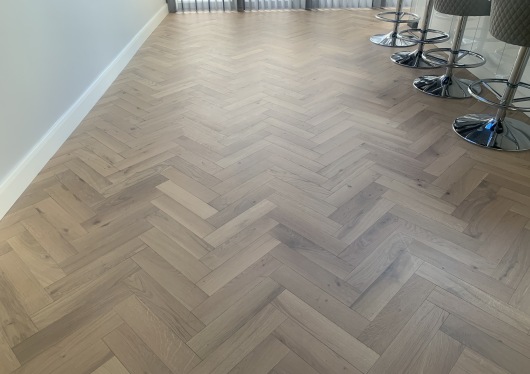 Customer has finished in a natural raw oiled stain from Osmo

Herringbone is a beautiful pattern to incorporate into a space that needs a little extra punch, or a subtle sense of visual “texture,” or anything in between. It’s easy to incorporate herringbone pattern into your décor.

The image on the left hand side is of a herringbone which was originally purchased as unfinished and stained using a pigment from Osmo Polyx called Natural  Raw is designed to retain the unfinished appearance by using a small amount of white pigments to neutralise the permanent 'wet-look' that develops after application of a clear finish.

We’re so confident with our products that you can pay on delivery!
Click here to find out more

Thank you, we have registered your interest.